Home / Scenarios / In the Community 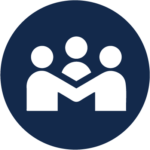 I received a job offer at a nonprofit. When I told the director that the salary was less than I had expected, she asked what I would need it for since I was “young and single”.

I have an internship at a public agency. A few weeks after I started the people I share an office with confided in me that I was selected over another candidate for whom English was not their first language. Then someone mimicked the person and they all laughed.

A UNC student is apartment-hunting with her mother. They are in a restaurant, making friendly conversation with people at another table. Her mother asks which neighborhoods are good for students. The man at the other table says, “Pretty much all of the neighborhoods in town are fine; we try to keep the illegals and hoodlums out in Durham.” She says, “I was shocked and didn’t know what to do. How do you confront a stranger in a restaurant? Or do you? I’ll never forget the shock and anger I felt at that moment.”

I was shopping at a local retailer on Franklin Street with a friend of mine and noticed that he, a young black man, was being followed by the store personnel and was repeatedly asked what he was looking for. The clerk ignored me completely and seemed intent on ensuring that my friend wasn’t going to steal. We both noticed what was happening and were so annoyed that we left.